•M A L D I V E S • T R I P • R E P O R T•
Finally got some time for putting together a short trip report and a few pictures from our GT trip to the Maldives last month!
The full report will soon be up on the Guideline blog! 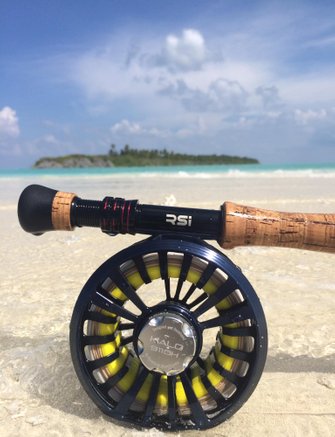 It was an exited group of danes and germans who in the beginning of April sat foot on the Maldivian flats!

During the week everybody in the group hooked there first ever GTs on fly and felt the raw power and the adrenaline rush this brutal fish causes!

We saw the beauty and felt the speed and strenght of the bluefin trevally’s and most of the group exeperinced the thrill of hooking the highly priced Titan triggerfish on the shallow White sandflats!

Some of the highlights of the trip was (among other events) when Florian on the first day landed his 3 first GT’s on the fly! Davids 20kg beast of a GT caught on a shallow sand flat and the always highly prized titan triggerfish that Jens caught!

Another to mention was Jesper who was on his first ever saltwatertrip managed to land all 3 trevally species including a couple of GT’s!

We battled some really big GT’s down there, saw seaturtels swiming close by while wading, jumping dolphins and manta rays and loads of beautiful coral fish in all the colors you can imaging... 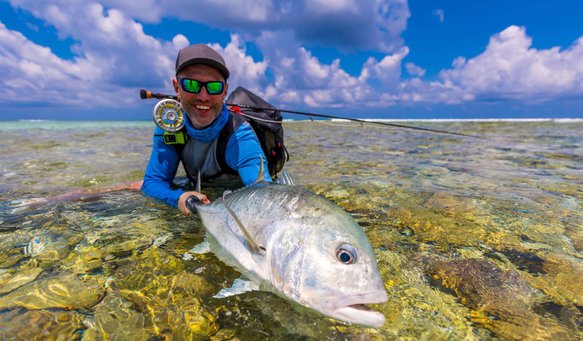 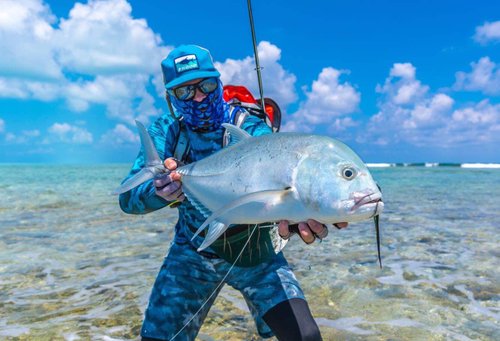 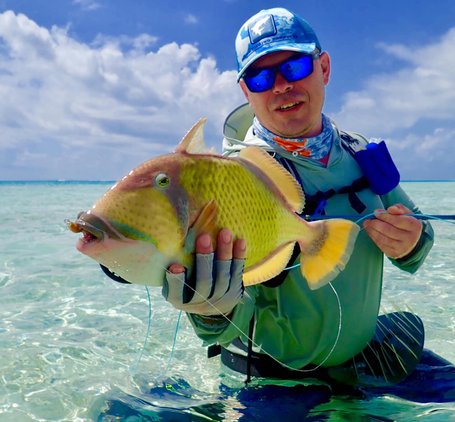 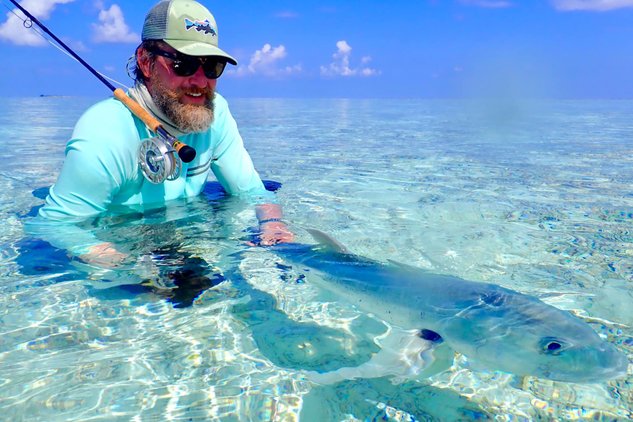 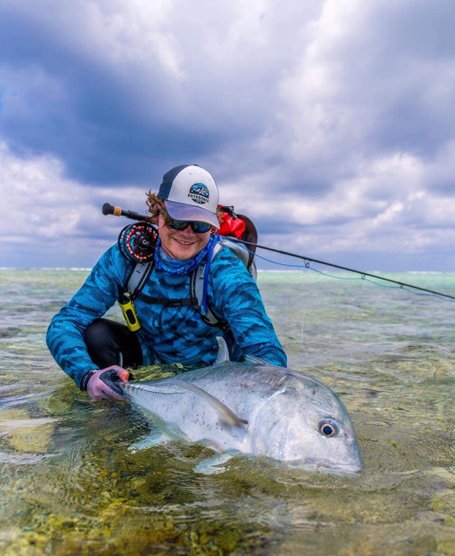 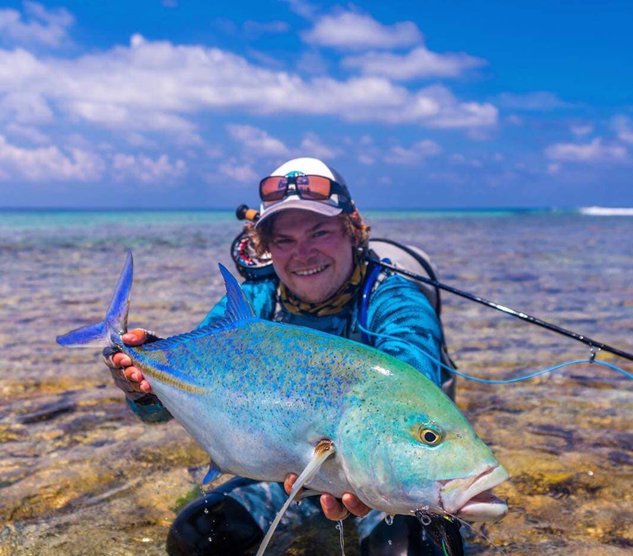 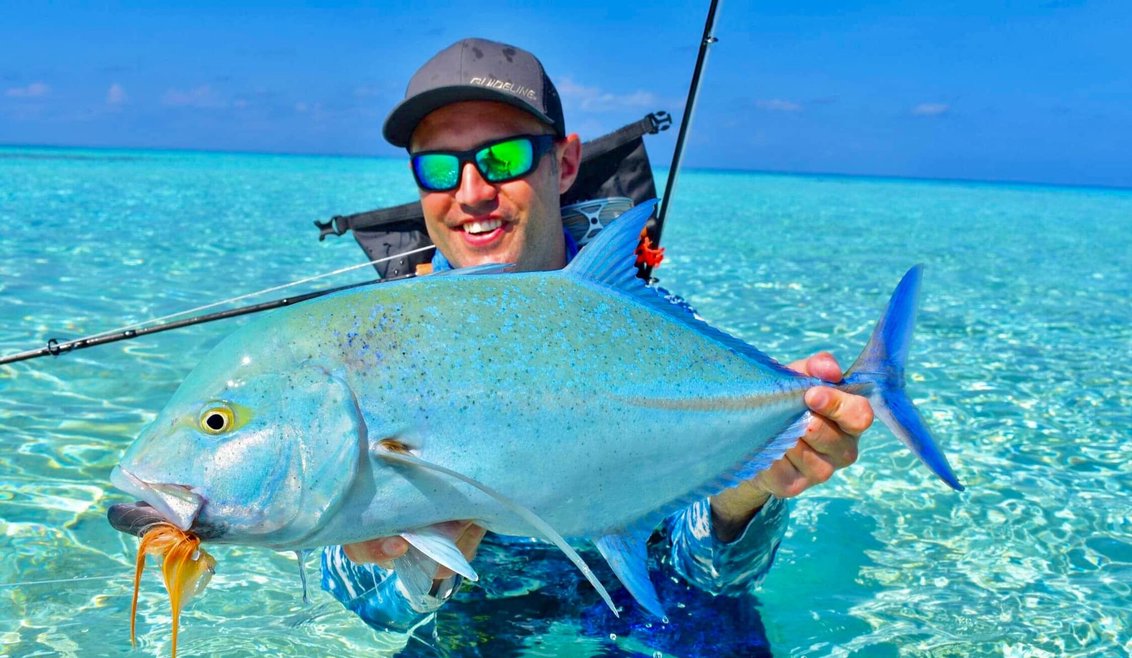 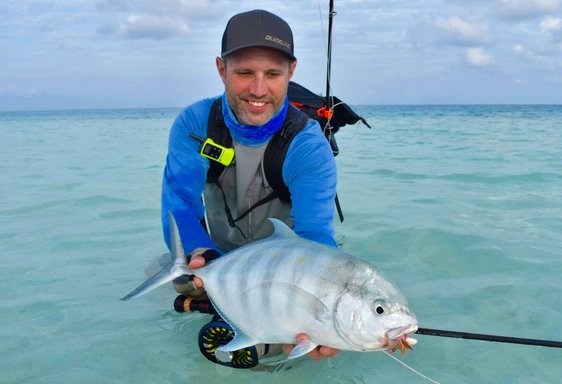 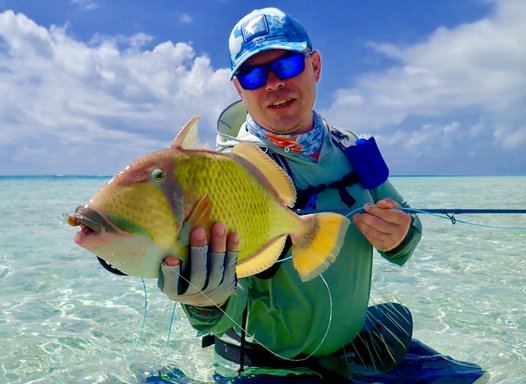